Vitamin D May Be Able to Save Your Brain - Dr. David Perlmutter

The Vitamin That May Save Your Brain 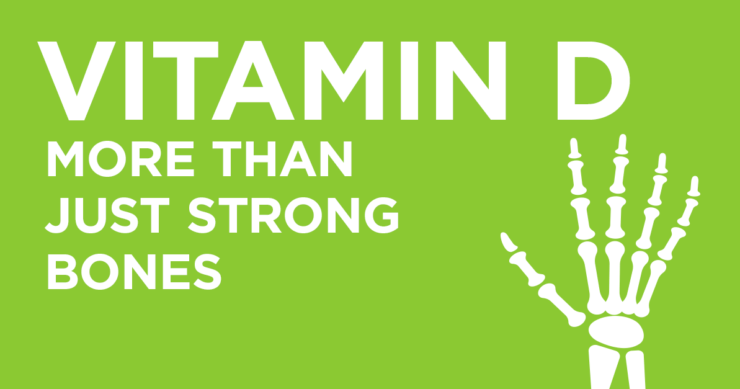 We’ve certainly learned a lot more about the health benefits of vitamin D over the past decade. While it’s long been recognized that vitamin D is important for strong and healthy bones, it’s role in health and longevity is now recognized as casting a very wide net.

Over the past several years, vitamin D deficiency has been associated with increased risk for such brain-related disorders as Parkinson’s disease, multiple sclerosis, autism, and even dementia. With reference to the latter, a new study published in the journal Neurology, correlated low levels of vitamin D to increased risk of developing dementia to a far greater degree then anyone had predicted.

The study represents a collaboration of multiple highly respected institutions around the world and evaluated a group of 1,658 elderly individuals who did not have dementia, and measured their vitamin D levels. The average follow-up was about 5 ½ years. Of this group, 171 participants developed dementia, and of those, 102 had full-blown Alzheimer’s disease. When the data was evaluated, the correlation of low vitamin D level to risk of developing dementia was profound. Even having a moderate deficiency of vitamin D was associated with a 53% increased risk of developing dementia of any kind. Those who were “severely deficient” were found to have an increased risk of dementia by 122%.

Dr. David Llewellyn of the University of Exeter Medical School, lead author of the study said in an interview for ScienceDaily:

We expected to find an association between low vitamin D levels and the risk of dementia and Alzheimer’s disease, but the results were surprising – we actually found that the association was twice as strong as we anticipated… our findings are very encouraging, and even if a small number of people could benefit, this would have enormous public-health implications given the devastating and costly nature of dementia.

The implications of this study are profound. There are more than 5.4 million Americans suffering from Alzheimer’s disease and it has been estimated that there are 44 million cases worldwide. Even more compelling is the statistic indicating that about 1 billion people worldwide are thought to have low vitamin D levels, which, according to this report, places them at substantially increased risk for dementia, and specifically Alzheimer’s disease. This takes us to a place of preventive medicine as it relates to dementia and, specifically, Alzheimer’s disease. This is a disease for which there is currently no meaningful treatment, and yet, it looks like low vitamin D status plays a major role in increasing a person’s risk.

Vitamin D supplementation has long been one of my top recommendations for patients in my clinical practice, for a number of reasons. This new and empowering science lends further support not only for screening patients for low vitamin D status, but also for incorporating vitamin D into the protocols for preserving brain health in people of all ages.