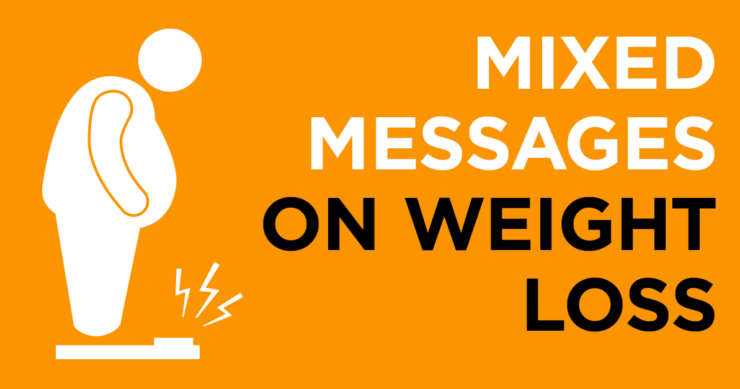 In this report, Canadian and American researchers performed a comprehensive analysis of 48 randomized trials that encompassed over 7,000 individuals. They looked at the weight loss achieved by either a low-fat diet or a low-carbohydrate diet at both 6 and 12 months. They were able to determine that both of these approaches did lead to weight loss but that the “largest weight loss was associated with low-carbohydrate diets.”

There were no significant side effects of either diet, but the most frequent mild side effect, constipation, was seen to occur more frequently in the low-carbohydrate diet compared to the low-fat diet.

In other words while the journal is presenting an extensive study demonstrating the effectiveness of a higher-fat, low-carb diet, the actual recommendation made to doctors, and what doctors are told they should communicate to their patients, is exactly the opposite. Again both of these articles appear in the exact same issue of the exact same journal. The science tells us to eat less carbs and more fat and the recommendation that we should take to our patients tells us to do just the opposite. In fact, for more information, the JAMA Patient Page then refers us to the US Department of Agriculture.

It is certainly going to continue to take time for mainstream medicine to embrace the notion that dietary fat plays a critical role in human health end will actually enhance weight-loss. Over the past several decades dietary fat has been virtually castigated, despite excellent science indicating that even as it relates to weight-loss, more dietary fat with reduction of carbohydrates is clearly the most effective approach, as once again confirmed by this recent study appearing in the highly respected and influential Journal of the American Medical Association. Old habits die hard, and clearly people tend to be down on what they are not up on.