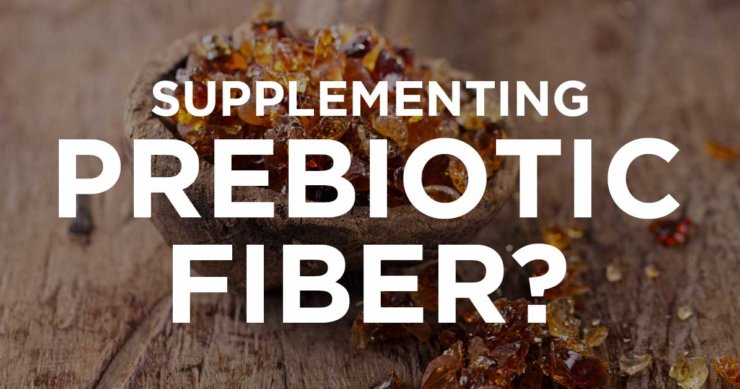 While there has been so much attention given in recent years to the importance of probiotics across a wide spectrum of important aspects of human physiology, we are just beginning to see an expansion of the medical literature clarifying the importance of prebiotic fiber as it relates to health.

Prebiotic fiber is a type of carbohydrate that we as humans do not digest. That said, our gut bacteria thrive on prebiotic fiber, as it allows them to reproduce, and enhances their ability to make various products that are so important for our health.

In a recent study entitled, Prebiotic fiber modulation of the gut microbiota improves risk factors for obesity and the metabolic syndrome, Canadian researchers evaluated a variety of parameters in laboratory mice that were given various dosages of prebiotic fiber. They documented changes in the gut bacteria, and endocrine function, how these animals were able to regulate their blood sugar, how they metabolized lipids (fats), and even discussed how these observed changes might impact issues related to things like type 2 diabetes, and non-alcoholic fatty liver disease.

The extremely positive changes that these authors described in laboratory animals may will translate to humans, as the author stated:

Prebiotic fibers have the ability to alter the gut microbiota in a positive manner, indicating their promise as a dietary treatment. Several animal studies, including our recent publications, have been undertaken and provide promising results. Human clinical trials are now necessary to determine if these benefits are translatable.

Further, the authors indicated that higher dosages of prebiotic fiber are often not well-tolerated, stating:

One major limitation to prebiotic fiber usage in humans is the effective dose. The current dose of 10% used in the majority of animal studies is not feasible in humans due to increased GI side-effects.

There are many forms of prebiotic fiber available at health food stores. Clearly one of the most well-tolerated forms is derived from acacia gum which seems to be much better tolerated then other forms like fructose oligosaccharides and inulin.

It’s clear that boosting prebiotic fiber goes a long way to balancing a variety of important areas of human metabolism and this in turn paves for the way for health.