Worsening Fires — More Than Climate Change. Is Glyphosate to Blame? 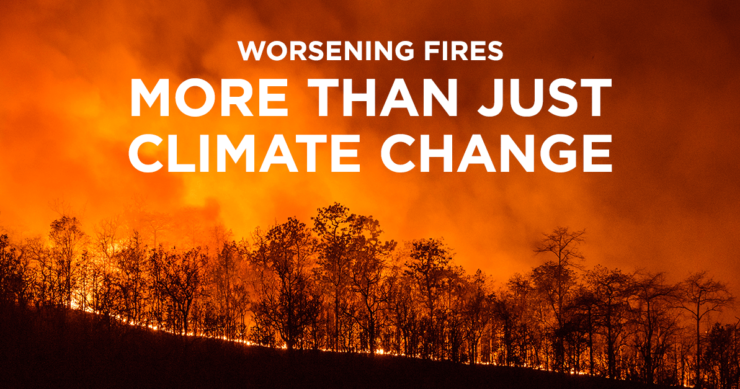 This past summer, Leize and I spent a lot of time in British Columbia. In fact, if you are following my live videos on Facebook, you might recall several entries that called attention to the massive fires that were raging through both the B.C mainland and Vancouver Island. While fires in the Northwest are not uncommon, this year’s events were unprecedented in terms of their scope and duration.

As I pondered the reasons for what we were observing, I naturally defaulted to the idea that, front and center, this was yet another manifestation of climate change. But just this morning I learned that there is another sinister player that appears to be be playing a major role in increasing the frequency and intensity of these wildfires.

Last month, CBC news revealed how British Columbia provincial rules actually require the destruction of fire-resistant aspen trees in order to make room for more valuable conifers. It turns out that trees like aspen and birch are incredibly fire-resistant, while, at the same time, they have far less commercial value compared to trees like pine and Douglas fir. For example, stands of aspen trees are actually referred to as “asbestos forests” by scientists who study wildfires.

But here’s the part of the story that is just too difficult to imagine. As regulations require getting rid of aspen and birch trees, the logging companies have resorted to using an herbicide that not only gets rid of the trees, but their root systems as well, all but totally precluding any ability of these trees to re-grow. And the herbicide they use is glyphosate. Yes, this is the same glyphosate we have been talking about over the past five years, the active ingredient in the product Roundup, that over the past three years has been sprayed across more than 42,000 hectares in British Columbia.

I commend the investigative reporter, Bethany Lindsay, for bringing this information to our awareness. Moving forward, we are going to reach out to her in hopes that she will join us for an interview on The Empowering Neurologist.

Meanwhile, here is the link to the CBC news article that I am hopeful you will read.