Yes, Gluten Sensitivity is Real. Here's What You Need To Know. 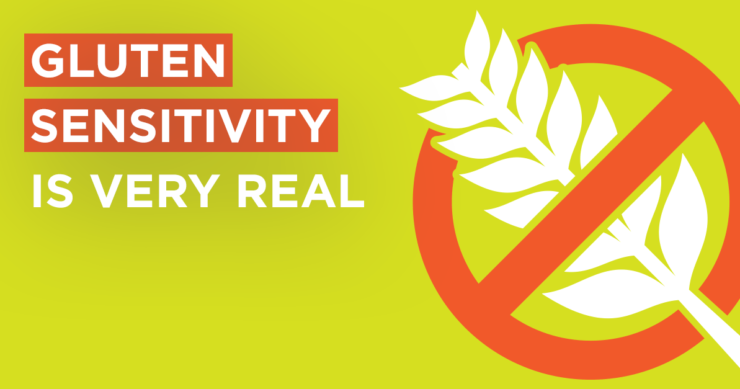 Hardly a day goes by that I don’t see an article either in print or on the Internet indicating that the notion of going gluten-free is entirely overblown. Typically, the conclusions often sounds something like, “While only about 1.6% of Americans, those with confirmed celiac disease, need to be on a gluten-free diet, there is absolutely no reason for anyone else to adopt this diet.”

Statements like these are generally made to convince people who may be considering eliminating gluten or who may already be on a gluten-free diet, to go back to eating gluten-containing foods. Clearly, for those of us who have done the research to understand how gluten can affect certain people, pushing back against this type of sentiment has always been a challenge.

Generally, our response has always been supported by well-respected, peer-reviewed, scientific literature. As such, it was really very heartening to see this wonderful scientific review in the Journal of the American Medical Association in August of this year.

The authors clearly support the notion that non-celiac gluten sensitivity is in fact very real indeed, and, according to the authors, very common.

Further, the researchers call attention to the fact that individuals with non-celiac gluten sensitivity may not only have gastrointestinal issues but other issues as well, including arthritis, depression, cloudiness of consciousness, headache, irritability, muscle pain, neuropathy, anxiety, anemia, and coordination difficulties.

And again, this report is put out by the American Medical Association and was written by researchers affiliated with some of the most well respected institutions in the world including Harvard Medical School and the European Biomedical Research Institute.

No doubt, we will continue to see nonscientific publications from naysayers as it relates to the notion of gluten sensitivity apart from celiac disease. I think it is very important in debates centered on these very important topics that we do our very best to support our positions with well-respected research.