Zika: An Emerging Threat for The Brain Health of All Adults

Zika – An Emerging Threat for All of Us 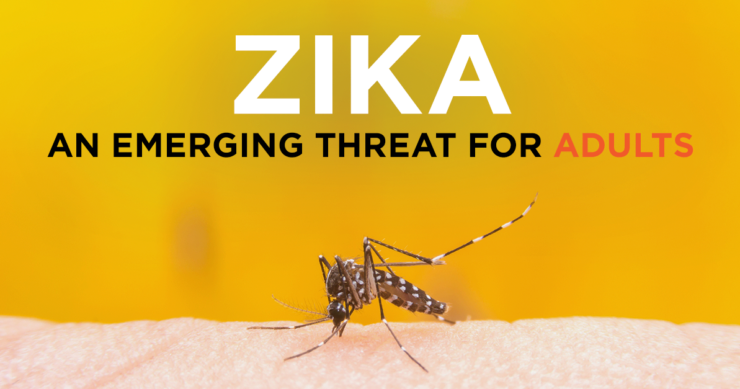 The relationship of the ZIka virus to the development of microcephaly has certainly been receiving a lot of attention in the news lately, and with good reason. Microcephaly is a devastating, although rare, consequence of this viral infection, and it is for this reason that we are now seeing recommendations that women who are pregnant, or are considering pregnancy, avoid going to places where Zika infection is possible.

But the story is now becoming more complicated and worrisome. We are now seeing research that indicates that the Zika virus has a predilection for attacking cells in the brain’s memory center, in adults.

Recently, in a report put out by the Centers for Disease Control and Prevention, a case of a 32-year-old woman who traveled from Italy to visit the Dominican Republic described how she arrived at a medical facility with a variety of symptoms. These included not only a rash, but also difficulties with her gait. Moreover, a complete neuropsychological evaluation revealed that she had difficulties with attention, as well as mental processing speed, with fairly significant problems related to verbal and nonverbal memory.

Ultimately, she was found to be suffering from Zika virus infection and it was felt that this virus was responsible for her neurological symptoms.

The report concludes by discussing how Zika virus is not simply a transient infection in humans and that exposure during adulthood “…could have an effect on long-term memory or the risk for depression.”

Truthfully, these findings and conclusions do not come as a surprise. I recently had the opportunity to interview Dr. Michael Callahan, CEO and co-founder of the Zika Foundation, who is board-certified in internal medicine, infectious disease, tropical medicine and mass casualty care, and is on the clinical and research faculty at Harvard Medical School. During the interview, Dr. Callahan made it very clear that Zika virus is an emerging threat not just in terms of brain issues in newborns, but in adults as well. Indeed, animal research clearly confirms how this virus is able to enter the brain and affect the brain’s memory center.

I will certainly remain vigilant as this story unfolds. For now, I think it is prudent to at least consider that the avoidance of areas where Zika infections are occurring might make good sense not just for pregnant women, but for all of us.  At the very least, should you find yourself in a place where Zika is endemic, take added precautions to reduce your risk. Remember, Zika is transmitted by mosquitos.